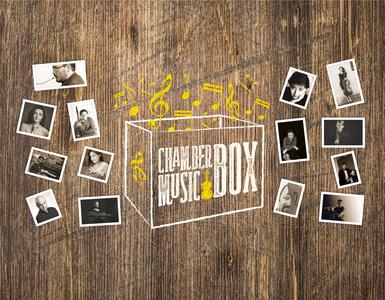 A mix of top British and European players coming together to present fresh and spontaneous programmes of chamber music that will only be revealed to the audience at the actual concert: that’s ChamberMusicBox!

Sounds a bit like veg box? That’s because cellist and artistic director Julia Morneweg has assembled a superb group of soloists, chamber musicians and members of leading orchestras to bring the musical equivalent to the beautiful surroundings of Burgh House in Hampstead, North London. Each concert promises to be a tasty box of chamber music delights featuring many exciting combinations of instruments and music from all eras. Always fresh and ready to be enjoyed by the whole family on six Sunday afternoons throughout 2016!